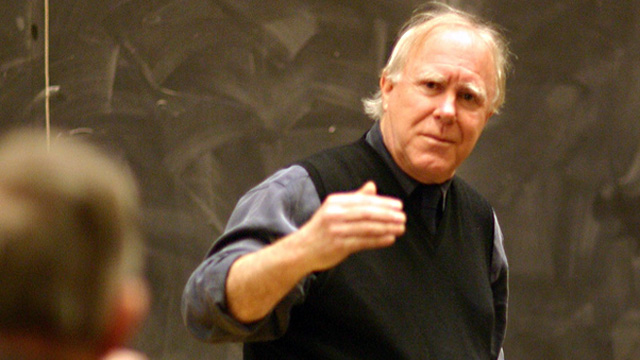 Welcome to Week Eight, or Learning Event eight of the #WalkMyWorld Project.

It’s amazing to think that over the past two months we’ve  shared over 1,700 tweets, with 1,400 being original content. Over 120 people have shared more than five tweets. We’re slowly building a community of writers, poets, and thinkers. It is time to continue our walk together.

Hass and the Haiku

Robert Hass not only writes poetry but he also dedicates his time as an avid translator. For this learning event we want to celebrate Hass’s love for poetry and naming our world by trying to write and share a poem in a tweet. Last week I mentioned this to several students that they could write a poem in a tweet, and I was told that this was blasphemy.

For this week, we’re challenging you all to write a poem in tweet, and include the image, video, or audio that you’re sharing. Keep in mind that you’ll still have to include the #WalkMyWorld hashtag. You may lose a character or two from your 140 in Twitter to the hashtag…and the link for your multimodal information. The key here is to be flexible and play.

There are numerous writers and artists find a way to create within the confines of the 140 characters that Twitter provides. A quick search of #twitpoems (Twitter poems) or #twaiku (Twitter + Haiku) will give you some ideas. In short, we’re looking for some poetic verse in the content that you share this week.

This connects with our look at Robert Hass because he also (in addition to working as a translator) was a fan of haiku. When discussing haikus in his book of translated work, The Essential Haiku: Versions of Basho, Buson, and Issa, Hass indicated that “the spirit of haiku required that the language be kept plain.” He then quoted Basho by saying “The function of haiku is to rectify common speech. It also demanded accurate and original images, drawn mostly from common life.”

For those of you unsure of the “rules” of the haiku, While the form of Haiku does not translate perfectly to the way we stress syllables in English the general acceptable practice for English based Haiku’s is the 5/7/5 syllable count. To look at review and annotate some of Basho’s work, please review some of the pieces on PoetryGenius.

Here are some haiku translated by Hass:

Even in Kyoto –
hearing the cuckoo’s cry –
I long for Kyoto.

Napped half the day;
no one
punished me!

Mosquito at my ear–
does it think
I’m deaf?

New Year’s morning–
everything is in blossom!
I feel about average.

Even with insects–
some can sing,
some can’t.

The snow is melting
and the village is flooded
with children.

This week, try your hand with a Twitter Haiku, or twaiku

Share a walk this world capturing some element of your natural world.
In the same tweet as the photo write a short poem or haiku.
Try to capture the imagery in simple words.

Whatever text you write and share, please try to say everything about your walk in the most simple, yet richest language possible.