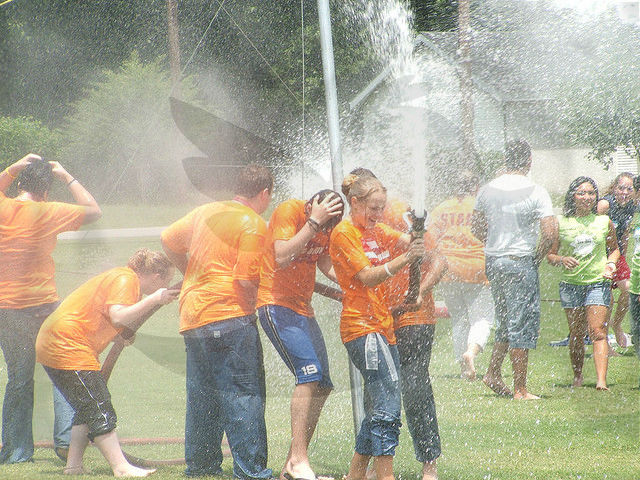 How do I negotiate the “firehose” of information on Twitter?

We use Twitter  to connect, share, and explore multiple topics. You never can “read all of Twitter.” Do not try. In reality you stop by and join live conversation. Luckily you can use tools to create spaces for inspiring and insightful chat.

Most power users and educators on Twitter do not use the main Twitter website or the Twitter apps for iOS and Android. We enhance he experience by using tools to negotiate the “firehose”. In fact Twitter has an official desktop client called Tweetdeck that many of use. It works with all major browsers.

Tweetdeck acts like an irrigation system. It takes theinformation flowing at you and slows it down into separate streams.

Tweetdeck allows you to create and display multiple columns at once. You can make columns for hashtags, list of users (great for following journalists), and a variety of other functions.

When you open Tweetdeck for the first time you will have four columns:

A. Home: Your home feed is probably one of the most useless yet amazing features of Twitter. Once you follow more than a hundred people it moves so fast. It is best for serendipitous learning or conversation.

B. Notifications: This column will collect any tweet where anytime mentions, replies, or retweets. It is very useful when engaging with communities on Twitter.

C. Messages: This column is for private direct message. You can only DM someone if they follow you. You get 10,000 characters for DMs and can also have group DMs. It is a very useful tool for productivity or long form conversation.

D. Activity: This column is useless. Just delete it. It basically shows you all the activity of people you follow. How to Delete a Column

How to add a Column

How do I use Tweetdeck on Mobile?

You can’t. When Twitter purchased Tweetdeck they shut down the mobile app and never released an alternative. You can try the Twitter mobile app but it is an awful experience when trying to follow multiple streams.

On an Android device, some use Plume or Fenix.